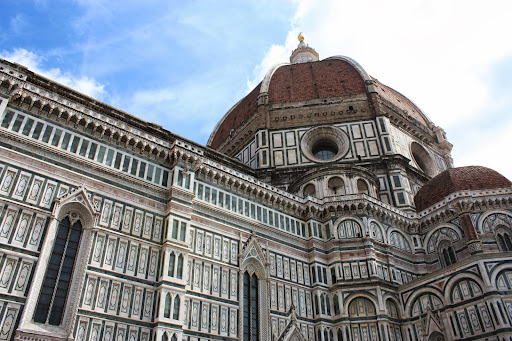 After being cooked by the hot Venetian sun, Florence welcomed us with a cool breeze and a bright blue sky. Our hostel room was big and open, just like the hearts of the hostel employees. They were really cordial and helpful and gave us great advice for visiting the city and also provided free breakfast. It was also time for us to do our laundry and we took care of that and ate dinner at a vegan place where I ordered a vegan cheeseburger. I don’t know what I expected but it tasted like soggy cardboard dipped in mayo. At least the water was cheaper. 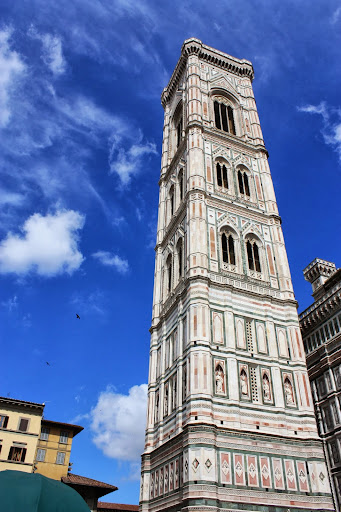 We walked to Florence’s Piazza San Marco which seemed rather unremarkable. Little did I know, Michelangelo’s famous David was located in a building adjacent to that piazza. And here I spent the next two days searching for David in various other parts of the city. I finished reading the next Jack Reacher novel in the series and fell asleep dreaming of using Reacher’s fighting techniques to put the statue of David on its back. 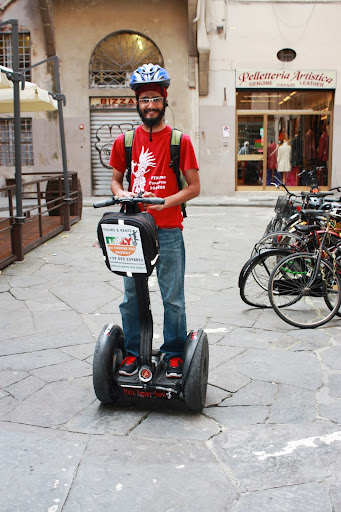 The next morning was just as cool and beautiful and we started the day with a Segway tour around the main attractions of Florence. According to our guide, I was a natural first-timer on the Segway, well, at least better than the other guy who claimed years of experience and yet ended up crashing three times. The main attraction of the city is the Florence Cathedral, and according to our guide, it is made of the same Cinque Terre marble used in the David. Its white, green, and red facade symbolizes faith, hope, and charity respectively. The weather remained oh so pleasantly breezy with the stark white puffy clouds against a baby blue sky. The gothic architecture against this vista made for some pretty spectacular photos. 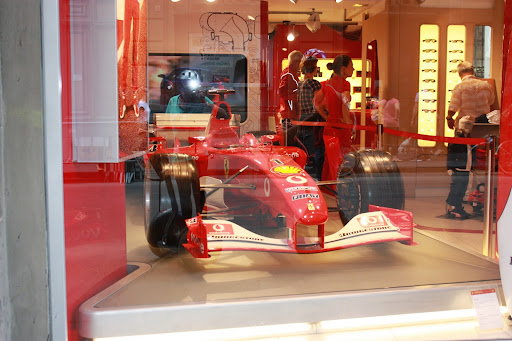 After the tour, we spent some time exploring Florence’s famous leather market and also checked out the Ferrari store (65 euros for a T-shirt?!). For lunch, I had the most delicious cheese pizza with salami and followed it with some delectable Tiramisu. To walk off the pizza calories, we decided to scale the 461 steps to the top of the Duomo for some absolutely splendid panoramic views of the city and the rolling hills beyond. 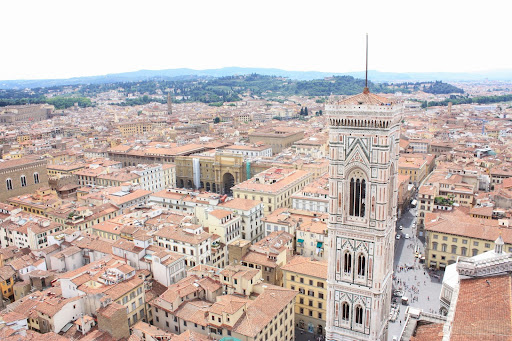 While waiting in line for the climb, I also got a chance to make a fool of myself by participating in a choreographed dance for the Italian musical the Full Monty. Good to know that I’ll be on TV someday, even if I’m only the guy in the background weirdly rolling my shoulders while kicking the air. 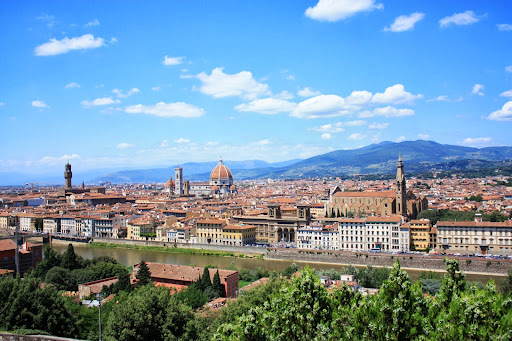 Of course, the weather was still our friend as we descended the hill to return across the river via the famous Ponte Vecchio bridge to the Piazza della Signoria in the heart of Florence. This huge open space contained equal parts tourists and statues, one quite annoying and the other quite spectacular. We spent a major part of the rest of the day window shopping and looking for good places to eat. 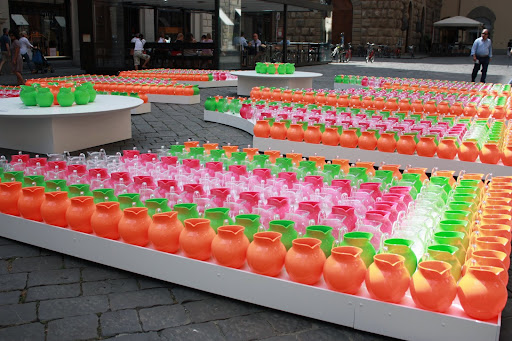 I found a small hole-in-the-wall shop about 8 feet wide and 6 feet deep that sold sandwiches and glasses of wine. The cheapest ham sandwich ever staunched my hunger and was followed by another helping of mango gelato. After walking around a bit more and making sure that our transportation was in order, we retired to our hostel to get ready for the next leg of our trip…